Locks & keys help us to control and manage access to our homes, offices, businesses, and belongings. They enable us to deter unauthorized access to properties and physical assets; thereby making us feel secure. If there were no locks and keys, theft would be the order of the day, and most people wouldn’t feel secure in their homes.

Here are facts you probably didn’t know about locks and keys.

Theodorus of Samos –a Greek sculptor and architect is credited with the invention of the key in the 6th century BC. The key was made out of wood and was about 30 inches long.

Students and teachers from Pavlovo Arts College in Russia created the world’s largest padlock. The padlock and its key weigh 916 lb (415.5 kg). The padlock holds the Guinness World Record to date.

Locksmithing is believed to have originated in Ancient Egypt and Babylon. The oldest known lock is roughly 4,000 years old. The first locksmiths in Ancient Egypt used their locksmith skills to protect the tombs of rulers.

It’s only a few people who could afford locks and keys in Ancient Egyptian society. Having a lock and key was considered a symbol of wealth. Affluent Egyptians used to put keys around their finger to reflect power.

Before 1840, locksmiths used to make locks and keys by hand.

Master keys have a unique serial number that allows one to track keys to their individual holders using tracking software. Key serialization allows for effective key control in businesses and protected areas.

Egyptian archeologists found the oldest known lock in ruins near Ninevah 4,000 years ago. However, archeologists believe that there could be locks older than this artifact. The lock was primitive in nature as it used a wooden bolt and pegs to secure a door.

Not all burglaries occur as a result of picking locks or tampering with the lock mechanism. A considerable proportion of burglaries happen because people leave their windows and doors unlocked.

If you are ready to form a relationship with a reliable, local, trustworthy locksmith, request a free quote from Locked In N Out today or call us at (617) 599-7435 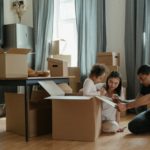 Security tips for when you’re moving 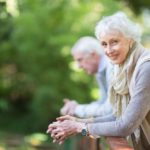